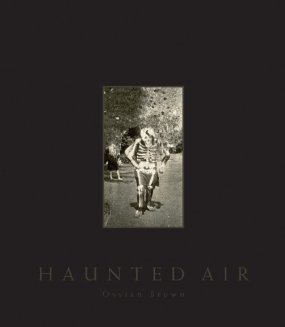 Another one from the Halloween shelf, and it’s delightful: a collection of photographs from Halloweens past, showing people in their costumes in the midst of October pageantry. Some are eerie, some are cutesy, and some make me yearn for decades long gone where Halloween was celebrated in a purer way. I’d been doing this already for years: scavenging Internet for old photographs of people in their Halloween best. Turns out I could have just bought myself the danged book.

Synopsis:
The photographs in “Haunted Air” provide an extraordinary glimpse into the traditions of this macabre festival from ages past, and form an important document of photographic history. These are the pictures of the dead: family portraits, mementos of the treasured, now unrecognizable, and others. The roots of Halloween lie in the ancient pre–Christian Celtic festival of Samhain, a feast to mark the death of the old year and the birth of the new. It was believed that on this night the veil separating the worlds of the living and the dead grew thin and ruptured, allowing spirits to pass through and walk unseen but not unheard amongst men. The advent of Christianity saw the pagan festival subsumed in All Souls’ Day, when across Europe the dead were mourned and venerated. Children and the poor, often masked or in outlandish costume, wandered the night begging “soul cakes” in exchange for prayers, and fires burned to keep malevolent phantoms at bay. From Europe, the haunted tradition would quickly take root and flourish in the fertile soil of the New World. Feeding hungrily on fresh lore, consuming half–remembered tales of its own shadowy origins and rituals, Halloween was reborn in America. The pumpkin supplanted the carved turnip; costumes grew ever stranger, and celebrants both rural and urban seized gleefully on the festival’s intoxicating, lawless spirit. For one wild night, the dead stared into the faces of the living, and the living, ghoulishly masked and clad in tattered backwoods baroque, stared back. 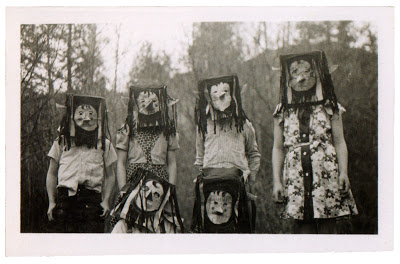 Haunted Air is a cool little book, and almost feels like it should be the official keepsake of Halloween, including its domesticated history.  A large part of the appeal I hold toward Halloween is nostalgia-driven. I feel like I can remember every single year when I went out trick-or-treating, or the details of every party I attended, or what I spent every year doing with friends or girlfriends. It’s almost like an unending circle: Halloween is my favorite night of the year, and so I want to spend it doing the things I love. Those things live on in my memory and contribute to the fondness I have for Halloween in the first place. 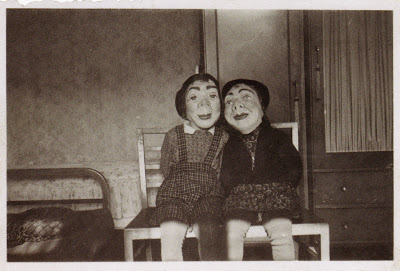 There’s not much else that I can say about Haunted Air other than it provides a time warp back through your entire life, not just the costumed caperers in the photos. Every significant era of Halloween’s American history is provided in the book, so no matter what your age, at least part if it will easily trigger something in you and make you recall that specific time in your life – whether good or bad. Keep it out on your coffee table so that during the month of October, as you’re passing by, take a minute to flip through a couple pages and enjoy the mini-trips to Halloweens past when life didn’t seem so complicated – and when all that mattered was on the page, forever preserved by a single snapshot.