magic of the October that’s already in full swing, or maybe it’s just taken a year for people to slowly start finding the book, but I couldn’t let it go unsaid that I truly appreciate each and every person who has contacted me via this website to let me know that they read The End of Summer and absolutely loved it. I’m not even talking about the Amazon reviews that (so far) have been pretty positive, but those who actually took time to reach out to me personally and let me know what they thought. One reader in particular wanted me to know that I had a “new fan all the way over in Germany,” which is just so cool that I don’t even know how to respond, other than offer my absolute and genuine thanks.

Halloween-specific fiction simply doesn’t appeal to the masses, but the masses were never the intended audience, anyway – the audience were those weirdos out there who love October 31 as much as I do.  So far, I seem to be finding some of those people, and when I do, the mutual appreciation we find feels really, really good.

With that said, please enjoy this really awesome (and legitimate) image released by NASA this week that was taken by a satellite and shows an unusual amount of heat activity on the surface of the sun, giving it the appearance of our favorite smiling gourd. 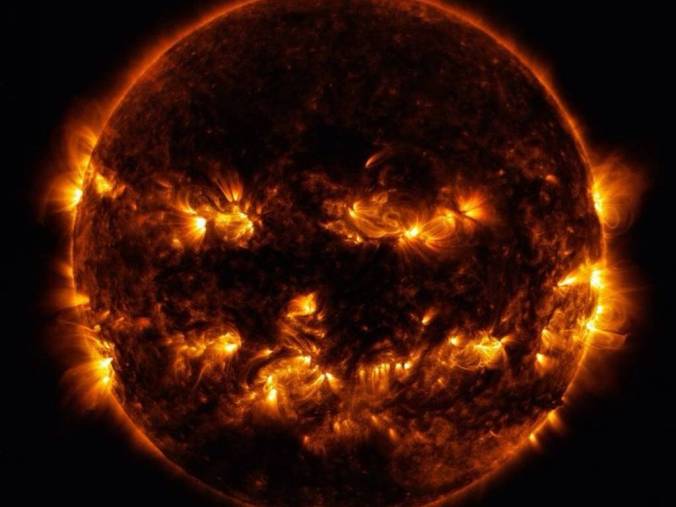